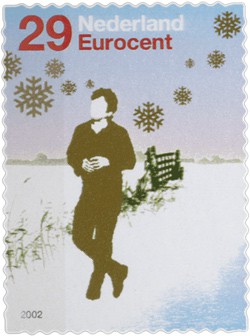 Experimental Jetset was founded in 1997 by Erwin Brinkers, Marieke Stolk and Danny van Dungen. Focusing on printed matter and site-specific installations, and describing their methodology as "turning language into objects," Experimental Jetset have worked on projects for a wide variety of institutes. Their work has been featured in group exhibitions such as Graphic Design: Now in Production (Walker Art Center, 2011) and Ecstatic Alphabets / Heaps of Language (MoMA, 2012). In 2007, a large selection of work by Experimental Jetset was acquired by the Museum of Modern Art in New York, for inclusion in the MoMA’s permanent collection. A specimen of their typeface Actuel can be seen here.