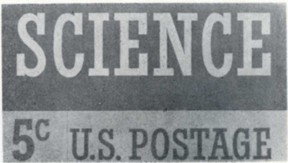 Josef Albers (1888–1976) has long been hailed as a master of modern art, since this days at the famed Bauhaus, first as a student and then as a master teacher. Emigrating to the United States in the 1930s, Albers continued to teach and inspire students for the rest of his career. In this capacity he influenced many student artists, such as Robert Rauschenberg and Eva Hesse, at major art schools such as Yale University and Black Mountain College. His texts on color theory are primary reading even today. See some of his work here.